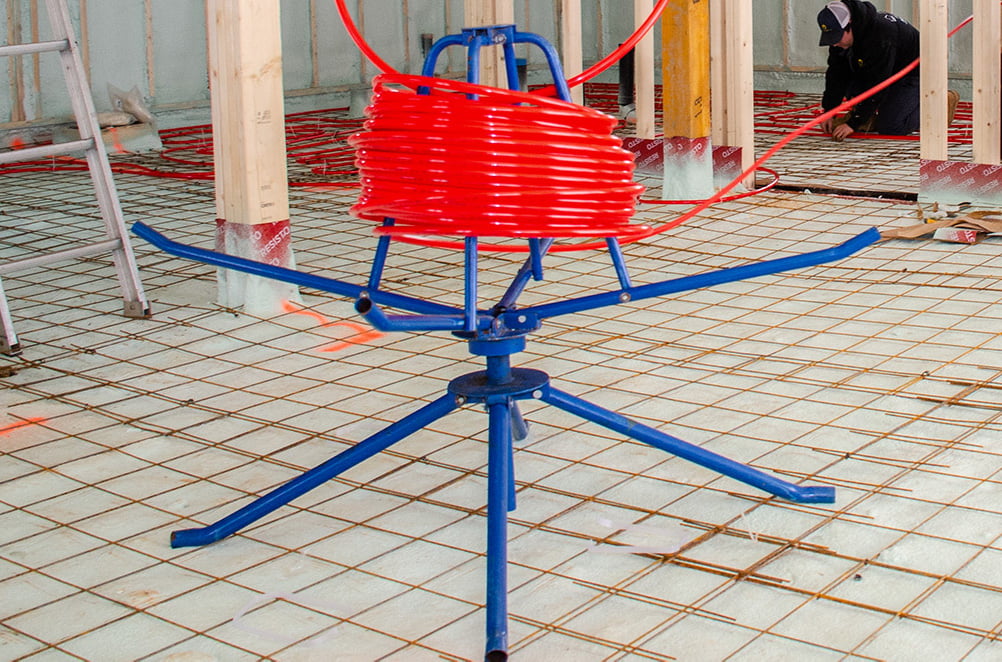 In today’s market, there are many misconceptions about the different types of PEX pipe available. Some manufacturers will attempt to convince you that their type is the best. But what are the facts?

PEX pipe is made from High Density Poly-Ethylene (HDPE). PEX is the short term for Cross-linked (hence, “X”) Poly-Ethylene (PE). The cross-linking process improves the chemical and temperature performance ratings of the polymer and provides flexibility and additional strength.

All PEX are divided into 3 main types: A, B and C.

It is a misconception to think that one type is better than the other simply because it’s an A, B, or C type. These letters are used to identify the manufacturing process and have nothing to do with quality of performance ratings.

All PEX systems manufactured by reputable companies are made to meet the same international performance standards. Whether it is PEX A, B or C, all products must meet and be certified to the same American and International Standards -ASTM876/877 and ISO21003.

PEX-A tubing is produced using Peroxide (or, “Engel”) method, named after the inventor Tomas Engel. During the manufacturing process, free radicals are created when HDPE polymer is melted and cross-links between molecules occur at temperatures that exceed the decomposition temperature of the polymer.

PEX-B is made using a « Silane » or « Moisture Cure » method of cross-linking where links between the molecules of the HDPE form after the extrusion process using a catalyst and exposing PEX tubing to hot water. This type of PEX is the most common and is manufactured by a large number of companies including Ecosolaris.

PEX-C is manufactured using “Electronic Irradiation” method of cross-linking, also known as « Cold » cross-linking. Here, cross-linking of the molecules is done after the process of extrusion by exposing the pipe to an electron radiation beam. The radiation emitted allows to break the existing links between molecules of the polymer and initiate cross-linking process.

The chemical structure of PEX A has a lower crystallinity due to the manufacturing method. This results in the piping having a lower density and lower strength and hence PEX A needs to have a higher degree of cross linking.

PEX B has a molecular structure with a higher crystallinity. This results in PEX B product having a higher surface hardness, better scratch resistance, higher thermo stability, higher rigidity, harder body, better resistance to chlorine solutions and a higher burst strength.

The wall thickness of PEX A systems is normally greater than PEX B because it has a lower burst strength and hence requires the greater thickness to cope with the same operating pressures.

As a result of the thicker wall of PEX A pipe, it will generally have a lower SDR and hence a lower flow rate. PEX B has a superior flow rate in comparison to PE-X A

Yes PEX A is more flexible than PEX B but both types of PEX have the same minimum bending radius.

As all piping exposed to the sun must be lagged, claims of better UV resistance for PEX are irrelevant.

When it all boils down to the bottom line, both PEX A and PEX B MUST meet the same minimum performance requirements as specified in Building Codes and American Standards.